Our tagline, “Keeping it Simple”, is not an empty promise; it is an intangible benefit for our commercial members. IMCU offers lines of credit to support the working capital needs of a business, term loans for real estate or equipment, commercial credit and debit cards for purchasing convenience, and online cash management services to monitor your finances. At Indiana Members Credit Union, we are big enough to help manage your business, but small enough to care about the details. 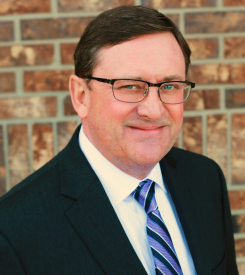 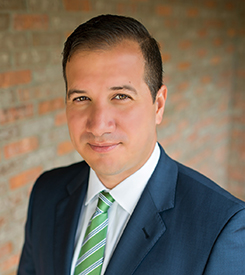 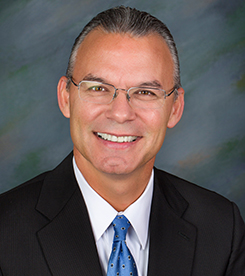 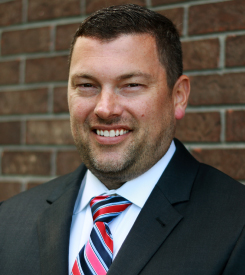 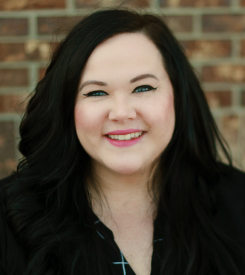 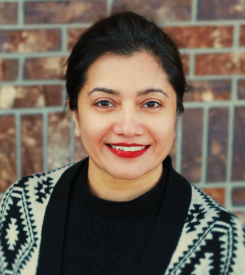 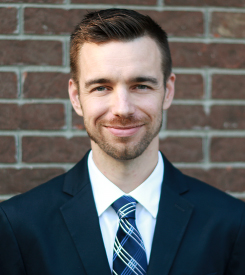 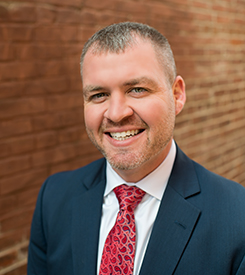 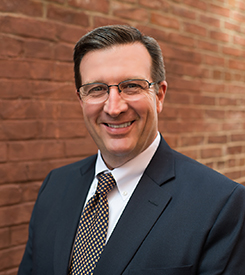 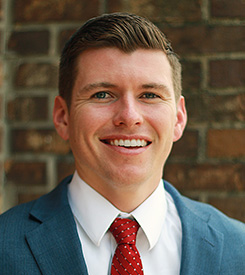 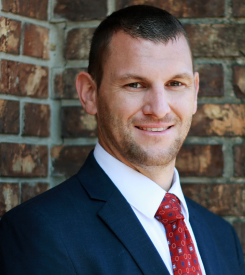 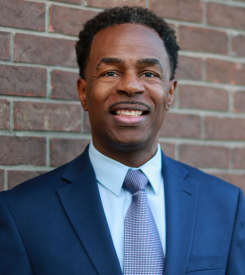 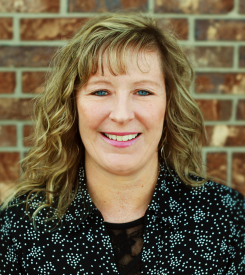 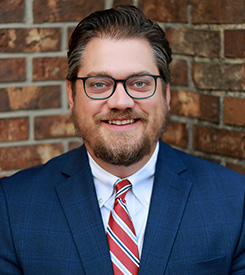 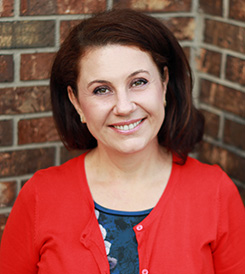 Mike has extensive knowledge and expertise in small to medium size business lending including real estate, equipment and inventory financing, and working capital needs. He is also knowledgeable with treasury management products and services. Mike supports many local philanthropic organizations and in his free time enjoys spending time with family, golfing and fishing.

Luke Yaeger currently serves as Market President for Indiana Members Credit Union for the Southwest Indiana region. He previously served as President and CEO of Commerce Bank and First Light Bancorp before the successful sale of the bank to IMCU in January 2020.

He has 20 years of experience in leadership, banking and civic involvement. He holds a Bachelor of Science degree in business management from Austin Peay State University in Clarksville, TN where he also graduated from the President’s Emerging Leaders Program. He obtained a Master’s in Business Administration from the University of Southern Indiana in Evansville, IN. Mr. Yaeger is also a graduate of Louisiana State University’s Graduate School of Banking in Baton Rouge, LA.

Mr. Yaeger began his banking career at Old National Bank in Clarksville, TN and worked in in the greater Nashville market for several years. In 2004 he relocating to Evansville, IN with Old National Bank. In early 2006, Mr. Yaeger joined Commerce Bank’s management team to organize and lay the foundation for the bank’s grand opening in May of 2006.  Mr. Yaeger held a variety of different roles within the bank before being named President and CEO in May of 2015.

Mr. Yaeger remains very committed to the community by being heavily involved in several local organizations. He is currently the Vice Chair of Public Policy for the Southwest Indiana Chamber of Commerce and is the past President of the Rotary Club of Evansville. Financial literacy and economic education have always been strong priorities for Yaeger and as such, he is the past Board Chair for Junior Achievement of Southwest Indiana and still serves on the board. He was also past President of Evansville Country Club and sat on the board of directors of the Indiana Banker’s Association before the sale of Commerce Bank to IMCU. He is also on the board of directors for the United Elite Football Club in Evansville, Indiana and is active in coaching youth soccer.

Bill White has 32 years of experience in the financial services industry.

He began his career with Liberty National Bank in Louisville, KY and went on to hold senior management roles there as well as with Great Financial Bank and The Bank of Louisville.  In 1998 he co-founded Independence Bancorp and served as Vice Chair, President  & CEO of Independence and its successor 1st Independence Financial Group and 1st Independence Bank until their sale in 2008.  Bill subsequently served as President and Chief Executive Officer of Madison Financial Corporation and Madison Bank in Richmond, KY, as founder, President  & CEO of Anchor Performance Group, as founder and managing member of Pillar Capital, and as a founder of Estes Waste Solutions.

Trevor currently serves as an AVP, Commercial Services with Indiana Members Credit Union.  Trevor is responsible for underwriting requests as well as contributing to oversight of portfolios.  He has over 12 years of commercial credit experience and served as vice president, senior underwriter at one of the top 10 largest banks in the country prior to joining IMCU.  In addition to his duties at IMCU, he also serves on CUNA Lending Council's Member Resource Committee.  In his spare time, he enjoys spending time with family and cheering on the Colts, Pacers and Hawkeyes.
Career Highlights:
Close Modal
5105 Madison Ave.
Indianapolis, In 46227
Email: mandyb@imcu.com
Phone & Fax: 317.554.8105

Mandy Barksdale is one of our Treasury Services Specialists. She assists Commercial Members with all aspects of their deposit needs – including Cash Management, Remote Deposit, ACH Origination, and Business Bill Pay. Mandy also acts as our Merchant Services liaison and Commercial Services Branch Trainer. Mandy has worked in the financial industry for over 10 years. Her previous work in branches and back offices has prepared her to handle matters of business and consumer lending as well as account services and training.  Mandy loves to read, travel and cook in her spare time.
Close Modal
5105 Madison Ave.
Indianapolis, In 46227
Email: lchoudhry@imcu.com
Phone & Fax: 317.610.3706

Eric has been in the financial industry since 2011.  He began his career managing the process for residential appraisals and in operational roles at a national banking institution.  Most recently, Eric was responsible for processing SBA loans.  Currently, Eric's role includes maintaining existing loan files and working on future loan closings to ensure member satisfaction.
Career Highlights:
Close Modal
5105 Madison Ave.
Indianapolis, IN 46227
Email: dcollier@imcu.com
Phone & Fax: 317.554.8175

Danny is qualified to offer business members lending services such as Commercial Real Estate, Lines of Credit, Equipment and other loans to help businesses achieve their goals.  Danny has been with IMCU for over 12 years and has held several positions including branch staff roles, such as Account Service Representative and working in Business Development.  Danny resides in Fishers with his wife Kayla, daughter Micah and their dogs, Rizzo and Gracie.

An alumnus of the University of Southern Indiana, Brian graduated with a Bachelor of Arts in Advertising with an emphasis in Marketing.  Brian is a member of the West Side Nut Club; serving as the Club’s Foundation Investment Committee Chairman, R-Men’s Varsity Club member, Junior Achievement Volunteer, and past Board Member and Board President for the Evansville Civic Theatre.

Brian Woods is a lifelong Evansville resident with more than 10 years of experience in commercial banking.  Brian has proven to be a trusted resource to clients in helping them achieve their financial success with commercial lending, SBA lending, commercial deposits, and cash management.

Steve started his banking career as a teller, in Evansville, in 1980.  Having held a number of positions in the Banking Industry Steve has predominantly been involved in commercial relationship management and now serves IMCU as a Senior Commercial Loan Officer.

He specializes in lending solutions for commercial real estate, equipment and working capital needs.  Steve is involved in a number or not for profit organizations in the Evansville area and enjoys hiking, bicycling and spending time with family.

Ryan has been with IMCU since 2015. He first started in the marketing department and then moved to commercial services in 2019. Ryan specializes in assisting IMCU commercial members with their depository and treasury management needs. In his spare time, he enjoys spending time with his wife and golden retriever, staying active through cycling and running, listening to podcasts, watching sports, and traveling. Ryan is also a board member for Plainfield Community School’s Legacy Foundation. He holds a Bachelor’s Degree from Indiana University and is currently pursuing an MBA from Ball State University.
Close Modal
5105 Madison Ave.
Indianapolis, In 46227
Email: Csmith@imcu.com
Phone & Fax: 317.554.8185

Craig is a graduate of Anderson University receiving a degree in Finance with a concentration in Investments. He started his career as a senior financial institution examiner, reviewing banks and credit unions for 11 years with the Indiana Department of Financial Institutions. Since joining IMCU in 2019, Craig has served as a commercial credit analyst. Craig resides in New Palestine with his wife Emily, son Ethan, and daughter June. He enjoys playing softball and basketball with his local church teams, golfing, and spending time with his wife and children.
Close Modal
5105 Madison Ave.
Indianapolis, In 46227
Email: dgolder@imcu.com
Phone & Fax: 317.554.8102

Heather has worked in the financial industry since 1997 specializing in commercial land development, residential and commercial construction, commercial & consumer lending, loan auditing & accounting. Heather holds an Associate of Arts Degree in General Studies from Indiana University and has been with IMCU since 2019.

In her spare time, Heather enjoys traveling and outdoor activities, and has a passion for animals and nature & is a self-proclaimed "foodie".